BAA is engaged with DLUHC (Department of Levelling Up, Housing and Communities ), the Scottish Government and the Welsh Assembly over plans to update and improve the planning process. The process is much too cumbersome, time-consuming and expensive, especially for SME companies. The proposed Planning Reform consultation (October 2020) was entirely focussed on housing supply – and  construction and the link back to essential minerals supply unmentioned.  BAA response to the consultation is here. We continue to press for reform for minerals ahead of the proposed Planning Bill schduled for 2022.

Furthermore, barriers are increasingly being placed both in accessing minerals and on our ability to provide society’s essential construction materials by the ongoing growth in National Parks and AONB classifications. 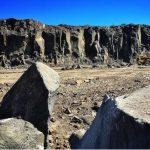 Without aggregates there will be no raw materials for housing and infrastructure build!

We are also raising concerns over the role of the Environment Agency in England and Wales in areas where local planners should have control – and where duplication is evident. An early reappraisal of Environmental Impact Assessments (EIA)  is sought and a review of the impact of the EU Habitats Directive specifically for some protected species (eg great crested newts).

This received royal assent in November 2021.  It has introduced a new regulator – Office of Environmental Protection, and there will be statutory limits on air pollution,  and a mandatory 10% Biodiversity Net Gain (BNG) for all develpments.

The industry has repeatedly stated to DEFRA and Natural England that the proposed metrics as a one-size-fits-all is inappropriate and minerals should either have its own metric or be excluded. The industry has an enviable and universally acknowledged 50-year record of demonstrating high level of restoration, biodiversity aplenty – and provided nearly 40% of England’s SSSIs. (Sites of Special Scientific Interest).

The Bill also seeks to  extend protected areas through Local Nature Strategies – and Natural England  designated the Cotswold Water Park (CWP) as one huge SSSI in September 2021 despite enormous objections from quarriers, landowners and the Monistry of Defense (bird strike reisk) – and are considering other areas as outlined here and here. BAA response to the CWP proposals are available here. 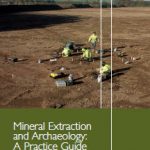 Archaeological pre-determinations are an increasing cost and burden to BAA SME members, and has resulted in some mineral sterilisation. The 2008 multi-stakeholder Practice Guide was being revised by a multi-stakeholder group (MHEF) and Industry was seeking more prescriptive wording on pre-determination trenching. BAA undertook a member survey in mid-2019 and the results confirmed industry concerns. However, Historic England unilaterally issued  a Mineral Extraction & Archaology  guide (HEAN 13) in January 2020.  They have in early 2021 looked to get developers from all areas not just minerals to provide case studies on pre-determination trenching.

We will continue to seek through MHEF the inclusion of more robust and prescriptive wording on pre-determinations – and with wider stakeholder support. and agreement

It is well known that SME independent contract hauliers and drivers of concrete mixers throughout the UK have not had a voice or level of support offered to other sectors within the industry.

Through the new BAA Transport Committee we aim to  offer members a voice and opportunity to gain the overdue recognition of the important service of our SMEs and mixer driver community.

We are also introducing free member webinars by some of the leading road transport barristers.

Competence, Managers and The Quarry Regulations

The BAA introduced an independent third-party audited safe site certification scheme in 2008 to ensure that workers are competent and legal requirements have been met by the operator. The scheme has been welcomed, highly praised;  and endorsed by the HSE. It was awarded the Target Zero logo in recognition of its ability to reduce accidents in the workplace. 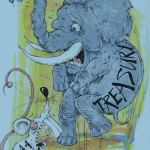 Since its introduction in 2002, the BAA  stood alone in sustaining a legal challenge against the Aggregates Levy in the UK and EU courts. It has kept its members fully briefed and offered assistance in minimising their levy payments most particularly on moisture rebates and exemption areas.

In February 2019, BAA Executive reached  a settlement with HM Government and a full comprehensive review of the levy was announced in the  Chancellor’s Spring Statement on 17 March.  BAA  was a principal participant in the expert working group which met 4 times from April through October.  Minutes available here.  There have been some minor consultations and changes (most recently on borrow pits November 2021) but the levy remains unchanged albeit frozen, and BAA continues to seek abolition – not least for any added complications from devolution of the levy to Scotland.

The government signalled an end to the exemption of quarries from using red diesel from  April 2022 – whilst retaining for other rural industry like farming and woodlands.  This is seen by the industry as a straight tax grab as there will be NO environmental gain – and currenty no viable alternatives! We continue to lobby Treasury to retain the exemption to the industry not least that many SME operators are farmers and quarriers and share storage and some equipment! 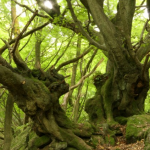 This is another area of concern to BAA SME members and several potential sites have been sterilised as a result of authorities not differentating between genuine AWS (Ancient Woodlands) – and PAWS (Plantations on Ancient Woodlands) which are mainly recent coniferous woods. We have had contact for some years with both MHCLG and Woodlands Trust to look for a more realistic approach – but so far with little result. 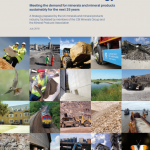 BAA as members of the CBI MInerals Group made input and participated in the preparation and the launch of this publication in July 2018. Minerals represent 16% of the value of the UK economy.

This report was preceded by The Future of our Minerals (UK MInerals Forum, November 2014) and The UK Mineral Extraction Industry (CBI Minerals Group, February 2016)